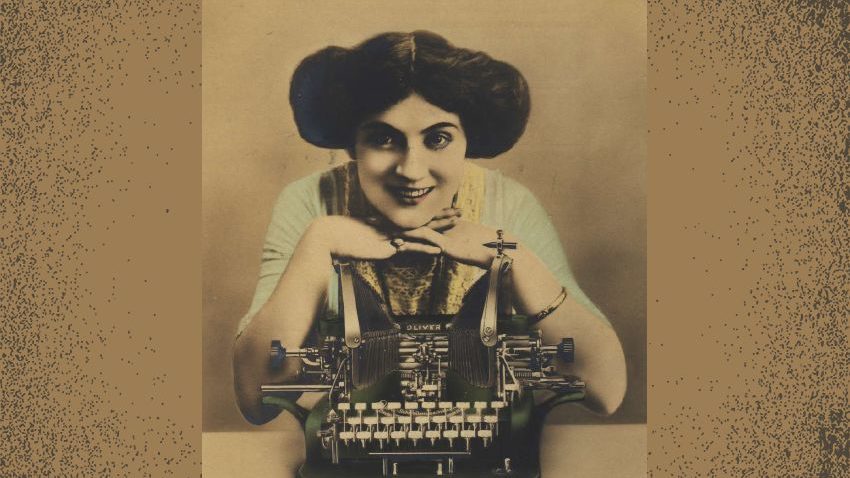 This strange looking thingie is called a typewriter (I’m obsessed with her hair!!!!)….remember them, no, well let me explain a bit….long before the technological age we live in, they were the devices used to communicate with others using the written word via type…..I know inconceivable but true!!!! Yes, we did get in touch that way for a zillion years….the typewriter, in its first of many guises, was introduced in 1829 in Detroit but it is said to have officially evolved in Milwaukee in 1867….another “tool” that advanced women in the workplace. Progress was fairly quick and many, many different manufactures jumped on board, Royal, Smith-Corona, Oliver, etc. 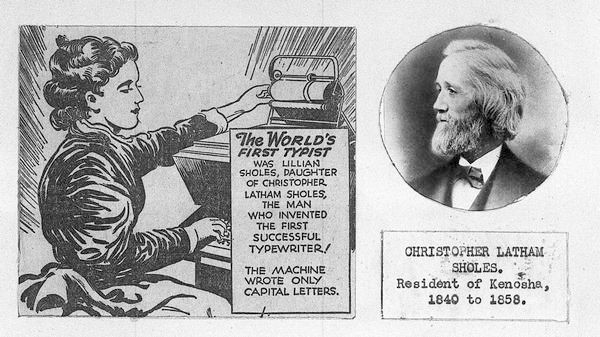 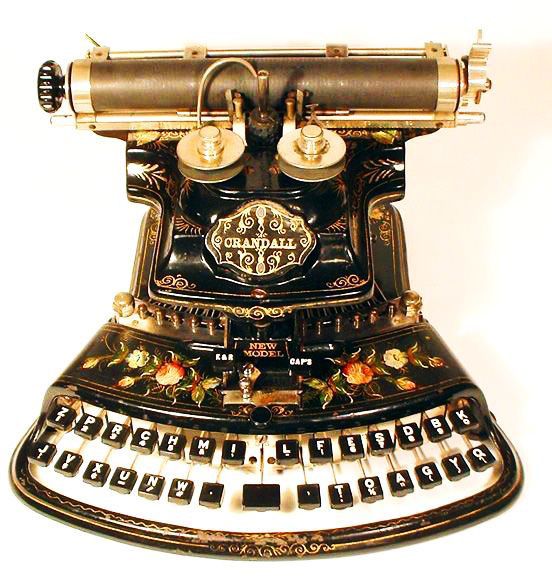 I want this, isn’t it stunning….I, by the way, didn’t learn on this particular machine but must admit I did learn to type on a standard keyboard, not an electric. I switched high schools to be able to do two things, art classes and “office” skills, typing and shorthand. I was an excellent typist, still not too bad and I do love technology, (did a lot of thesis papers for Northwestern U students while I was in high school on my portable Royal)….but sucked at shorthand, I could always write faster in long hand…once I proved that, my teacher gave me a pass!!! We had electric typewriters in the classroom, but had to learn manuel first pretty much like a shift car (I also learned to drive a stick shift) with special permits for automatic…yes, pretty much the Stone Age….but I digress! Let’s look at some machines. 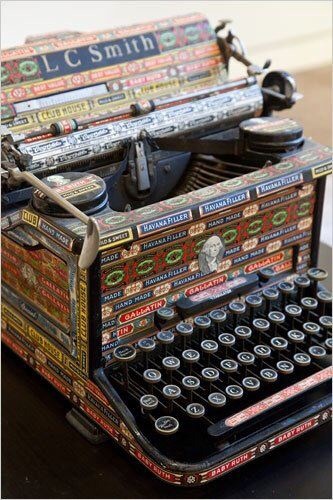 Decoupage….love it!! Notice the ribbon…to be discussed later (the disks on either side of the carriage that round thing at the top..) 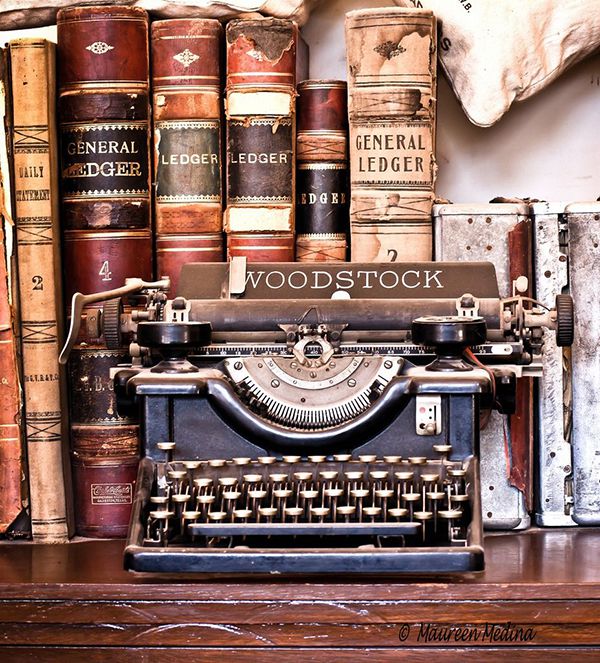 A decorating idea for a vintage piece…stunning for an office accessory. 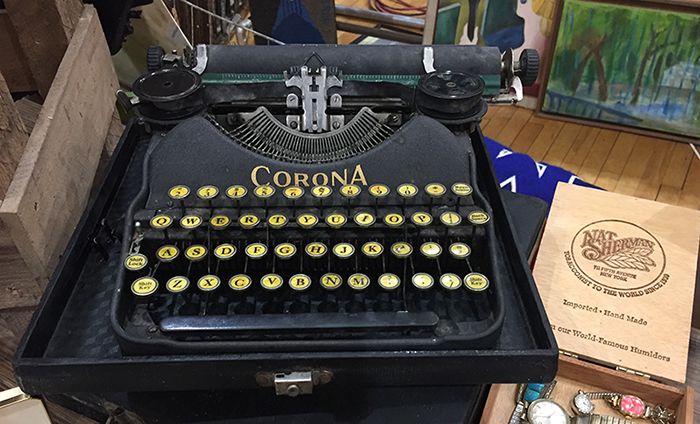 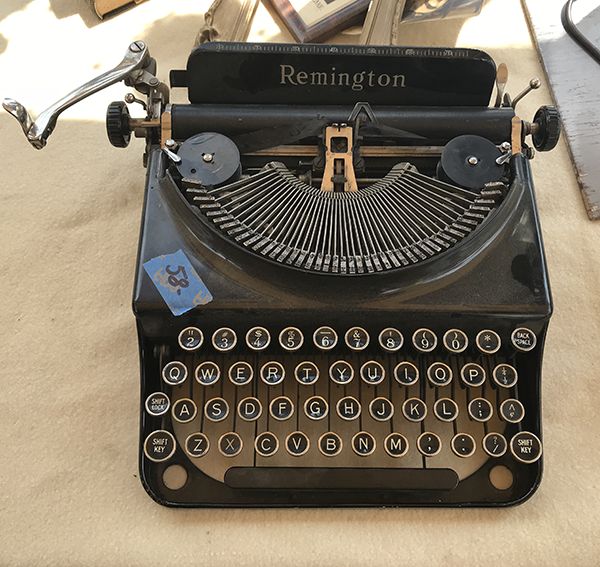 The two photos above taken by me at Randolph Street Market at Jocelyn Reimann’s The Green Door Booth…always perfectly merchandised and styled. 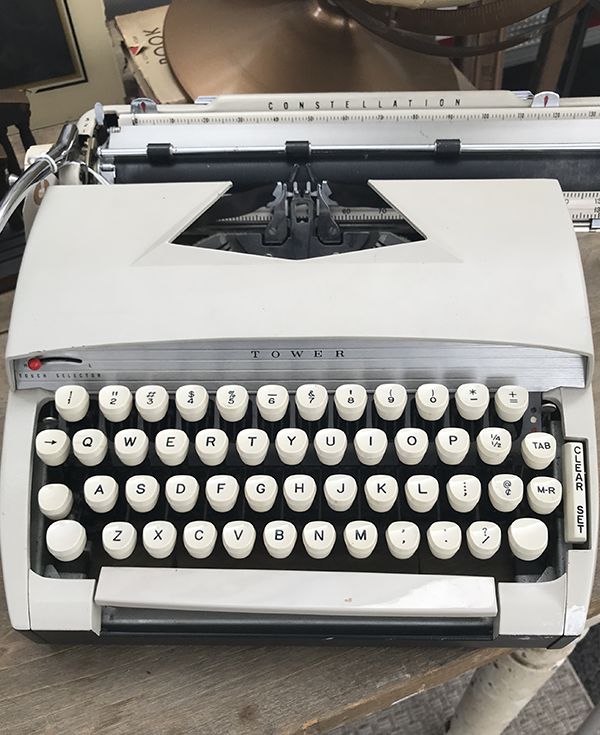 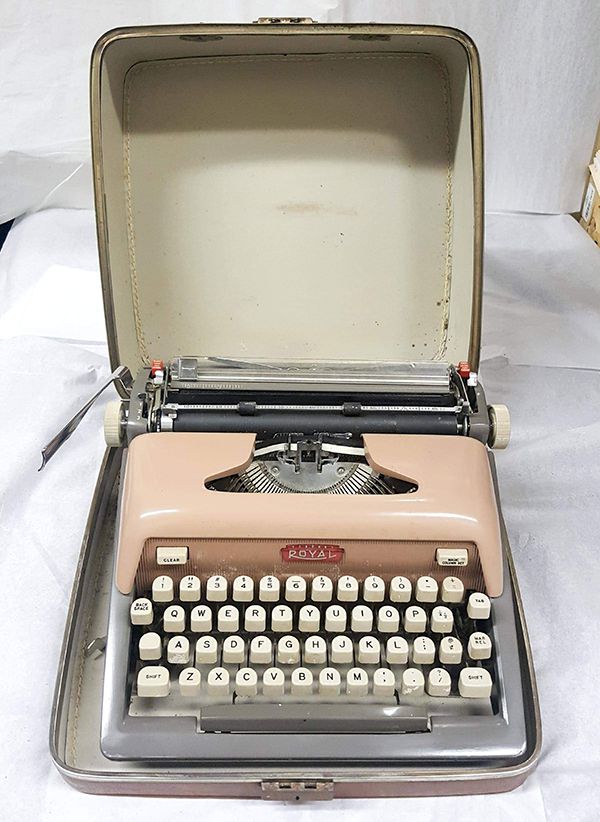 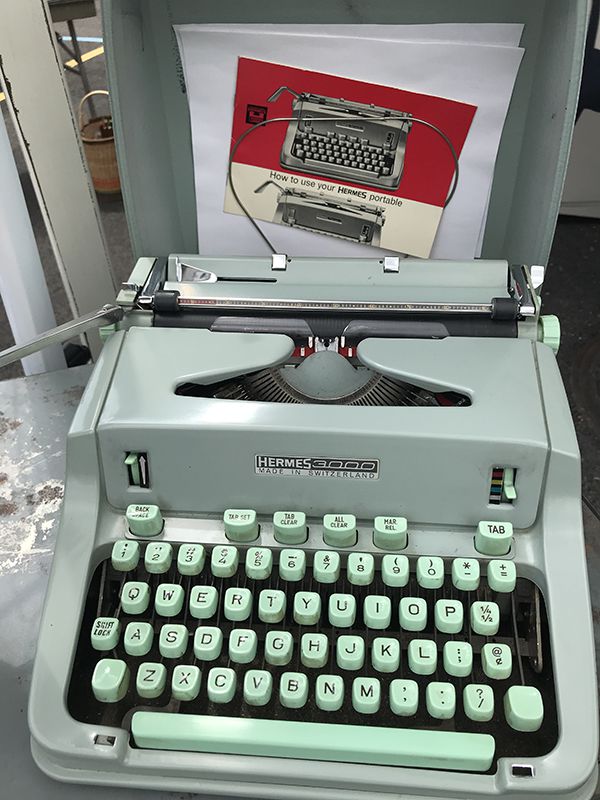 More from The Green Door Booth…a Hermes portable…to die for… perfection mine was similar but a Royal…green, naturally.

A couple of books on the subject, of course….and one by the gentleman who only uses and collects manual typewriters, Tom Hanks!!!! He loves the sound of hitting the keys and has even done an app! Check out his YouTube pieces…they are delightful. 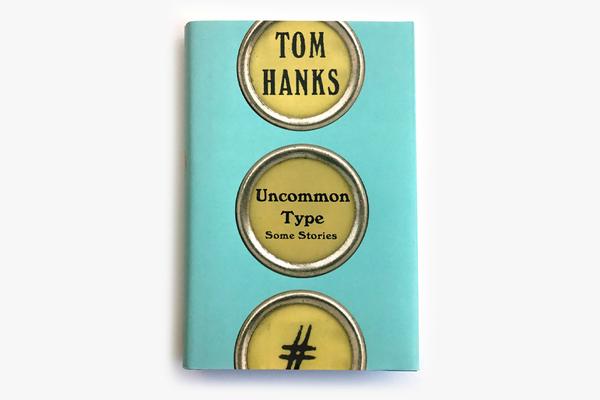 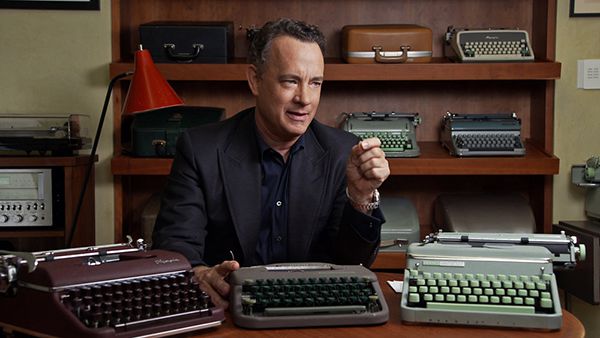 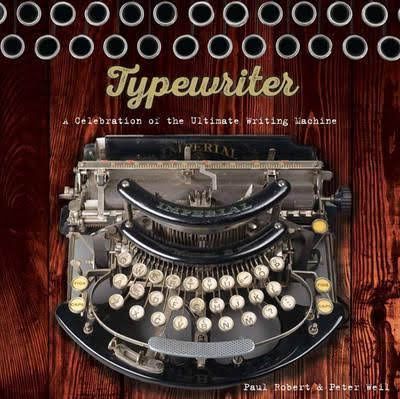 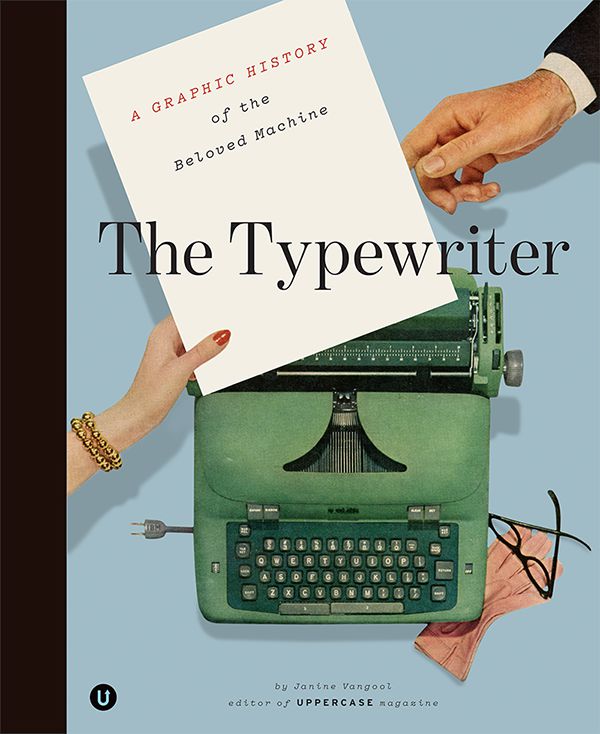 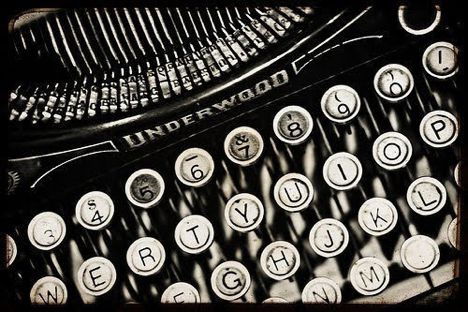 Speaking of keys…..or perhaps do jewelry with finds at RSM…. 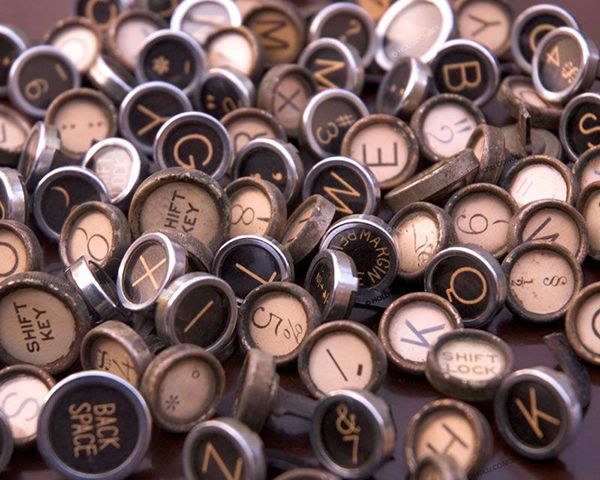 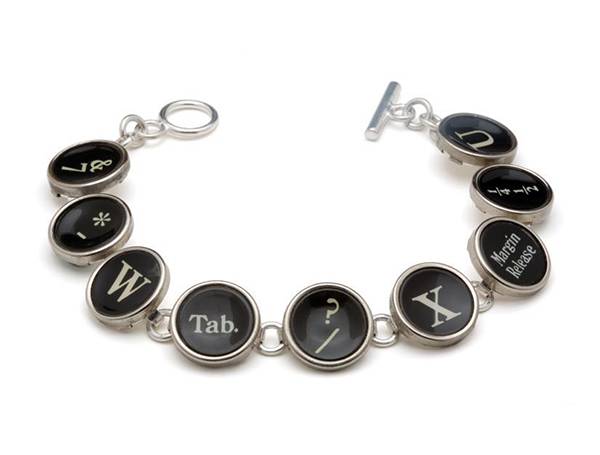 The aforementioned ribbons….in their decorative tins another collecting thought… 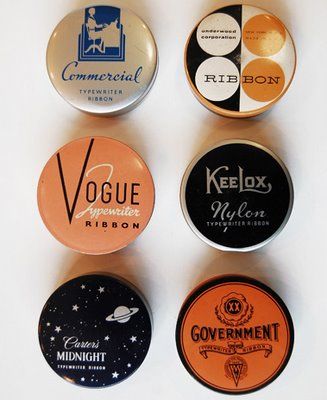 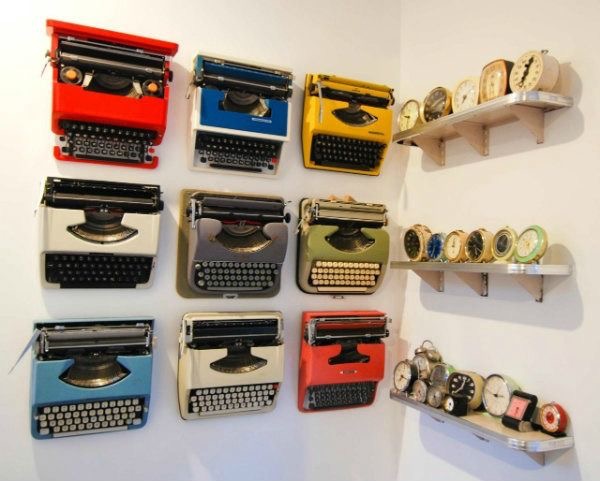 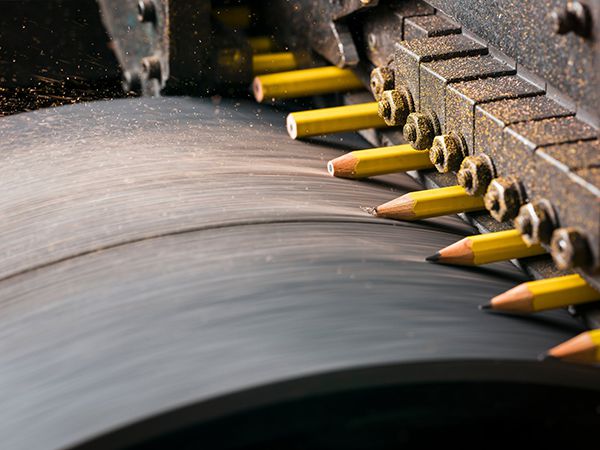 Staplers to erasers to chalk and rulers, think of vintage in your collecting to add a bit of charm and nostalgia! And guess, what they all work to perfection….who needs new?! 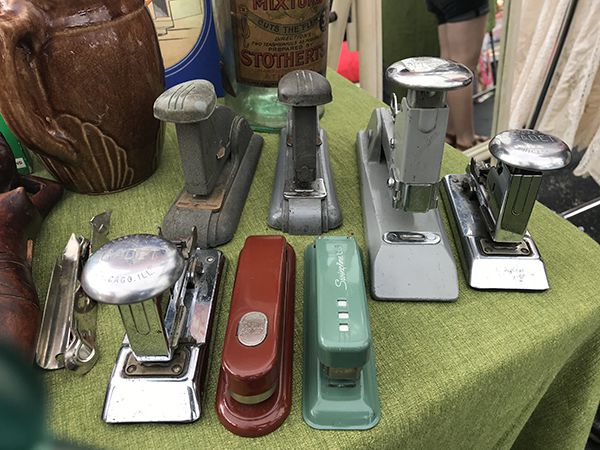 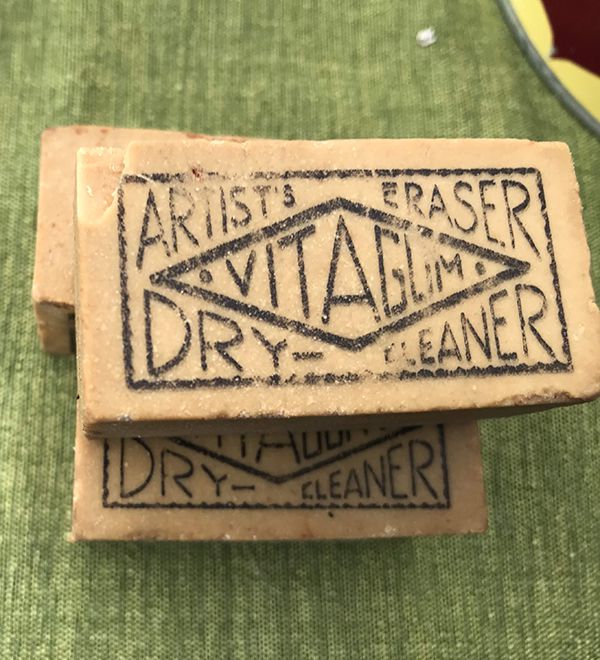 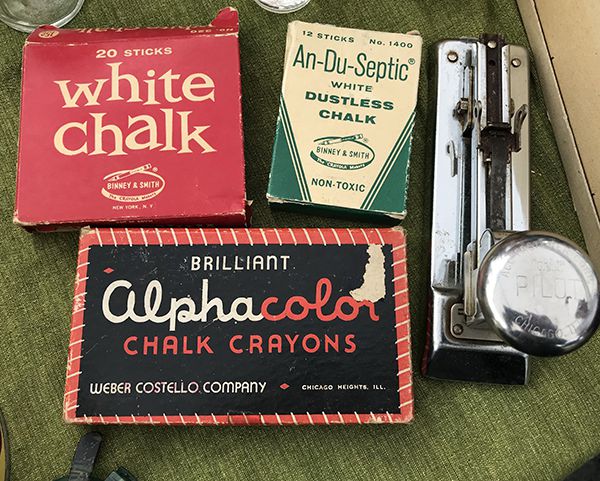 These found in Marci’s Green for Style Booth at RSM, the inspiration for this post. 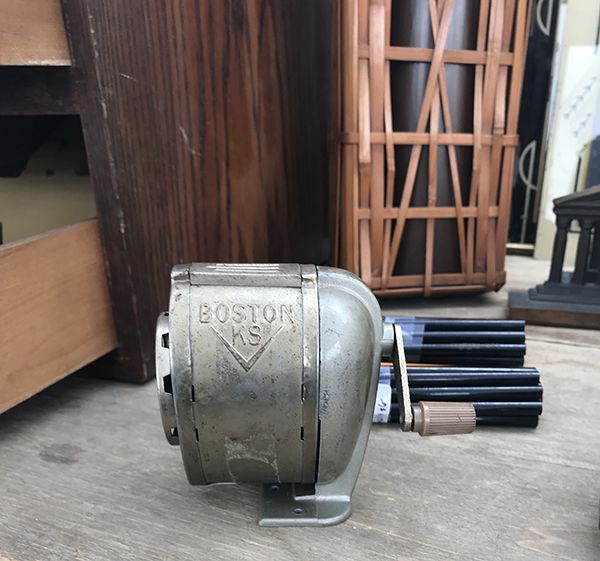 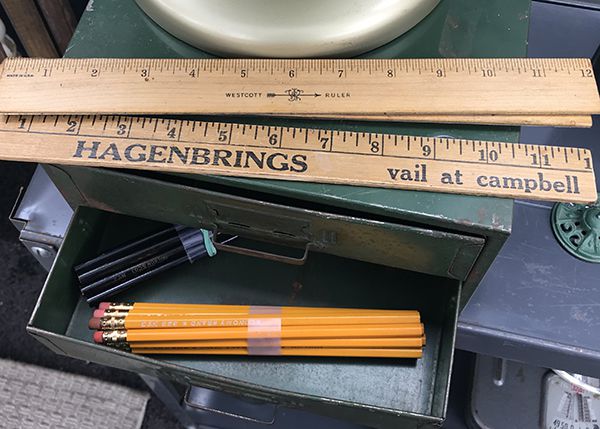 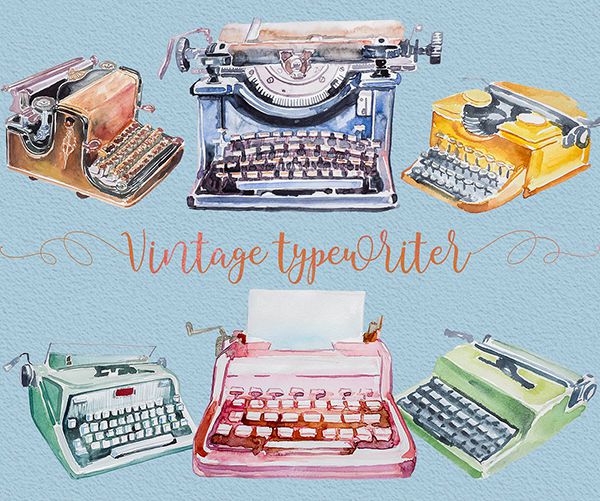 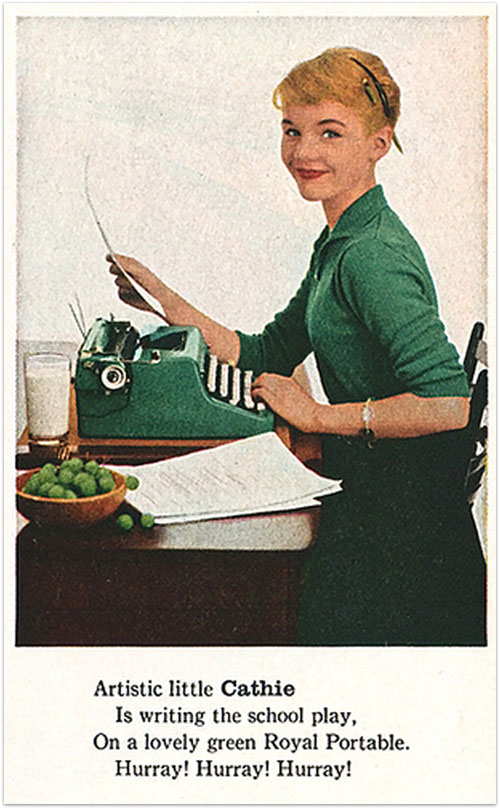 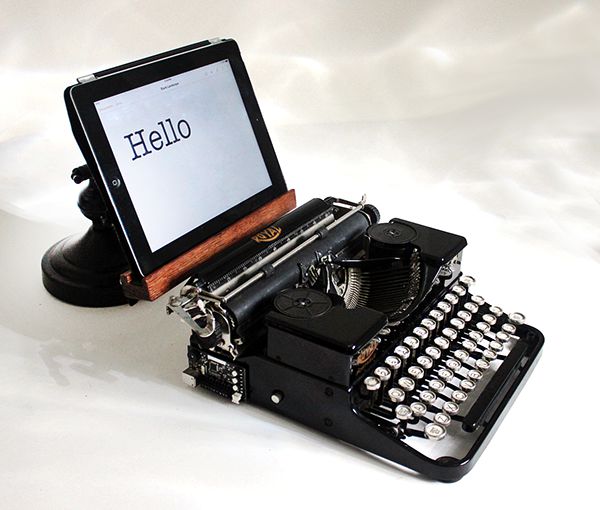